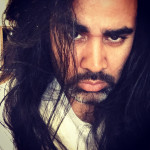 MOVIEREVIEW: “DEADPOOL” (NO SPOILER REVIEW TRUST ME LOL) When speaking of second chances this would be Ryan Reynolds fifth time (give or take) playing a character in the comic book/ superhero genre films. One of those movies was Blade trinity where he got to play a comedic character by the name of Hannibal King. The movie didn’t win many fans over as it lacked in much of the film. One thing many of us can remember was that role Ryan Reynolds played and the “what if’s” that would follow. We all knew he was destine for something greater (not talking about DEADPOOL movie (yet).), but rather a character in roll that would fit him perfectly (in the marvelcinematicuniverse lol).

Truth be told wether your a fan or not Mr Reynolds can act; Smoking Aces, Safe House, and a recent one called Self/less just to name a few. Now in the DEADPOOL movie we find the perfect character for him to play satisfying fans of the comic book genre as well as those of team Reynolds. Not every actor and role mesh well like Green Lantern, Ghost Rider and yes I will say it Jennifer Lawrence as Xmen’s Mystique. Unlike the failed re-boot for “Ghost Rider: spirit of vengeance” with same actor Nicholas Cage, DEADPOOL was totally opposite. If you remember deadpools character played by Ryan R. In Wolverine movie starring Hugh Jackman was a EPIC FAIL. This time around someone did their homework from studio to actors and it paid off.

DEADPOOL movie was pure action, fun, yet way to EXPLICIT for any kid under the age of 25 lol. SO YES THIS MOVIE IS RATED “R”FOR A REASON. Story tells of a former special forces op/ mercenary who’s life completely changes from undergoing a experiment with some unexpected results which inturn leaves DEADPOOL searching to find the man responsible.

Directed by Tim Miller this movie has some awesome cinematography and from the beginning a story told in a very unique way. The action is ALL of what we action junkies want with some amazing fighting scenes. As a origin film it did its job like most similar films do in the genre (unlike GIJOE rise of cobra and most recent fantastic trash 4).

The movie’s humor keeps the audience entertained as the story wouldn’t; but then again I wasn’t watching classics like Batman Begins or Watchmen. (Run on sentence alert) This is what happens when marvel studios doesn’t have the rights(of certain film properties) to characters owned by 20 century Fox and other owners with a different vested interest in making these comic book genre related films . Sometimes in these situations the fans of the genre lose but that’s whole other story.

Overall DEADPOOL movie promises to keep you entertained and laughing out loud through its perfect depiction of this unofficial superhero. To stay true to what some fans of the character believe, the “R” rating was necessary in conveying that. As in “Guardians of the Galaxy” the comedic value works with DEADPOOL as well, but was a bit extreme in its delivery. Comic book and genre films lovers alike can start the year off with a bang watching this film but if any one felt “Man of Steel” was over the top to violent needs to pass on the DEADPOOL movie.

So what have we learned about the DEADPOOL movie ? #1. THIS FILM IS NOT FOR KIDS. #2. A true comic books/genre fans dream. And last but not least #3. If your offended by explicit language and mature scenes do not watch this film. I’ll give this movie 8 out of 10.