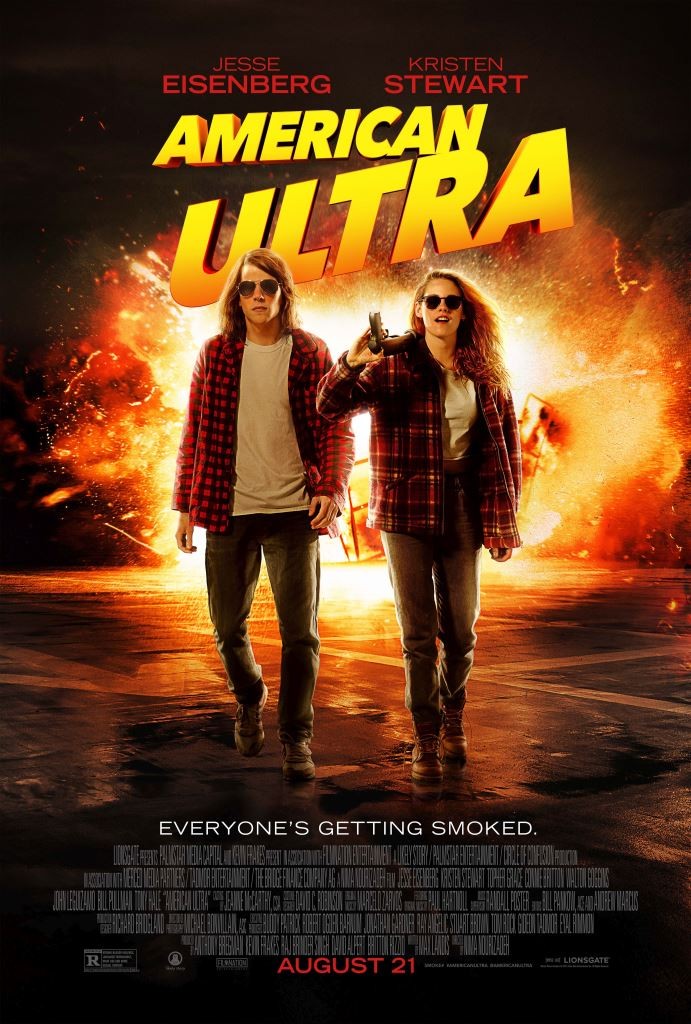 Want to win a chance to see and advance screening of American Ultra? Go to the @bfreestlouis insagram page and find out how.

SYNOPSIS: American Ultra is a fast-paced action comedy about Mike [Eisenberg], a seemingly hapless and unmotivated stoner whose small-town life with his live-in girlfriend, Phoebe [Stewart], is suddenly turned upside down. Unbeknownst to him, Mike is actually a highly trained, lethal sleeper agent. In the blink of an eye, as his secret past comes back to haunt him, Mike is thrust into the middle of a deadly government operation and is forced to summon his inner action-hero in order to survive.

RATING: AMERICAN ULTRA has been rated R by the MPAA for strong bloody violence, language throughout, drug use and some sexual content